When about 40 heavily armed and hooded men in military uniforms attacked Kawure in July 2019, Abigail Marcus was one of the hundreds of villagers who escaped to the Kawure Forest.

Kawure is a village in Erena community in Shiroro Local Government Area of central Nigeria's Niger State. The attackers were bandits, a term used here to describe gang members who attack travellers and communities, dispossessing their properties.

As Marcus and others lived in the forest for several months, they faced food shortages because they could neither return to their homes nor access their farms and businesses for fear of the bandits who attack villages regularly.

By November of that year, with the help of local vigilantes, Marcus and others moved from the forest to Junior Day Secondary School in Gwada, a relatively safe town in Shiroro.

The Niger State government had turned the school into an internally displaced persons (IDP) camp for people who fled their homes due to armed banditry.

On the evening of their arrival, Marcus and other tired IDPs had hoped to be served food at the government-run facility where they met dozens of other displaced persons.

But the food never came. So, they - including children with bleary eyes - slept with hunger in the sandy camp.

When morning ran into the afternoon the next day and yet no sign of food, IDPs took the only quick option: they spilled over Gwada town begging anybody they could sight for either food or money. That was how begging became part of Marcus' and other IDPs' life in the camp.

It is "our compulsory way of life," said Ladidi Bala, a 73-year-old widow whose husband was killed by bandits when they attacked Erena, her community, in 2019.

And when camp administrators do distribute foodstuff to IDPs, Marcus said it is hardly enough.

"We hear food items are being donated, we even see some organisations as they come here to make donations, but we do not see enough food items being distributed [to us]," the mother of three complained. "When the cry of these children gets unbearable, we feed the children with [whatever is] available, and [we the adults] sleep on an empty stomach."

Food shortage among IDPs is a concern across Nigeria, often leading to mass protests by displaced people.

Besides being a significant contributor to malnutrition, it "can expose displaced people to serious risks, such as sexual exploitation of women and girls," said the United Nations High Commission on Refugees or UNHCR. And "mothers may feel compelled to use any means to obtain food for their children, including by agreeing to sexual favours or prostitution in exchange for food or the means to obtain it."

The third most terrorised country in the world is Nigeria's position in the Global Terrorism Index, no thanks to varying issues of insecurity that have forced millions of citizens to flee their homes.

More than 2.5 million people have been displaced in Nigeria's northeast region due to Boko Haram's insurgency, which has also killed over 37.500 people since 2009. Another estimated 300,000 people are displaced, mainly across the north-central region, owing to decades-long herders-farmers conflicts that have intensified since 2018.

Like other forms of insecurity, banditry is not new in Nigeria. In his book titled, This Present Darkness: A History of Nigerian Organized Crime, Stephen Ellis, a British historian who focused on Africa, traced this crime category to post-civil war Nigeria.

According to Ellis, when the three-year-long war ended in 1970, the government of the day failed to disarm forcefully conscripted combatants who fought in the war. Left idle with near-zero economic support, the former soldiers used their weapons for attacking and dispossessing citizens in their local communities.

Since then, hoodlums who ransack communities and loot properties have been mainstreamed as armed bandits here.

However, it was until 2012 that the activities of bandits, especially in the north-central and northwest regions, started attracting sustained local and international attention due to repeated and often deadly attacks.

Hundreds of citizens have been killed by bandits since 2012, with thousands of others displaced, especially in the northwest states of Zamfara, Katsina, Kaduna, Sokoto, and Niger. Kidnapping for huge ransoms has become a lucrative business for the bandits whose hideouts include thick forests and farmlands.

Data from the Internal Displacement Monitoring Center show that in 2019 alone, new 248,000 displacements resulted from conflict and violence across Nigeria.

Many IDPs stay in government-run camps where state emergency management agencies or SEMAs are often responsible for their upkeep, with support from the National Emergency Management Agency or NEMA. Some others live in camps run by humanitarian caregivers and nonprofits. Yet, others are littered in host communities unaccounted for.

Irrespective of where IDPs live, what is common is that handouts in daily or weekly food distribution have not proven to meet the food and nutrition needs of displaced people. Many of them commit social vices like sex-for-food in their host communities due to hunger and idleness.

Now, humanitarian groups are beginning to think of a combination of strategies that could help IDPs and refugees provide their food, stay meaningfully engaged, and comfortably settle in their host communities or camps. Some of these combinations have helped fight food shortage and malnutrition, and local authorities in Nigeria can apply these approaches.

Following the outbreak of conflict between government troops and separatists from Cameroon's English-speaking Southwest and Northwest regions, about 60,000 Cameroonians have crossed border towns into Nigeria since 2017. About 24,000 of that number now live as refugees in three settlements in Ogoja, a town in southern Nigeria's Cross River State.

UNHCR is primarily catering to the refugees. Initially, the UN agency distributed food items monthly to the refugees and later switched to cash-based intervention (IBC). Each refugee was receiving N7,200 (about $20 based on the 2017 exchange rate) monthly.

From 2019, the organization introduced a livelihood programme that involves training refugees on a range of skills and supporting them to be self-reliant while the cash handout is gradually reduced and eventually brought to zero when all refugees are empowered.

Starting with a pilot group of 3,000, the agency partnered with Ndok, a host community in Ogoja that offered 100 hectares of land to refugees, and with two livelihood skills-building nonprofits - Cuso and Mediatric - to train refugees in poultry, fishery, goat rearing, tailoring, cassava and vegetable farming, and others.

For example, after 63-year-old Enoh Lawrence was trained in fishery last August, UNHCR gave him a plastic container to use as a pond, 300 fingerlings of catfish, feed, medicines, and other materials needed to rear the fish to maturity.

Six months later, Lawrence sold the fish and raised N130,000 or $370. By UNHCR's arrangement, Lawrence is expected to fill the plastic pond with a new set of fingerlings. This time, from the N130,000, he is expected to buy the new collection and other materials he needs.

Lawrence would continue the process three times, at the end of which he would relinquish the pond to another refugee. He is expected to use his accumulated cash proceeds to venture into any business of trade of his choice.

As he goes through the different rounds of rearing the catfish, Laurence's cash handout from UNHCR is reduced from N7,200 ($19) to N3,600 ($9.5). When he completes the third round, he is no longer qualified to receive the monthly cash handout because UNHCR judges him as self-reliant and empowered.

The arrangement is one Lawrence loves. "We are happy that we are having something (a skill) to take home," he said. "The next round of the exercise, they are not going to provide us with the feed, drugs, and fish. "By the end of the year (2021), I am expecting at least N450,000, which I can invest in another business."

Those trained and empowered in other livelihood options have their execution plans and timelines similarly spelled out by UNHCR and its partners. This year, additional 3,000 refugees would be empowered.

Such a well-executed livelihood initiative might help IDPs in Nigeria fare better, some observers say. Besides its potential to help IDPs become self-reliant and contribute to their host communities' economic development, it would also keep them from indulging in social vices.

"Get IDPs integrated into the economic and food production chains within their host communities and without discrimination," said Umar Yakubu Doshiro, executive director of the African Initiative for Humanitarian Development (AfriHub), a nonprofit supporting groups affected by social and environmental crises. "It is one way to help them settle in comfortably."

Yet, while the Nigerian constitution allows for freedom of movement and citizens' right to choose their place of residence without fear of discrimination, IDPs are regularly discriminated against, intimidated, and abused by members of host communities. Doshiro said the government could fix this through IDP-specific legislation criminalising all forms of discrimination against displaced persons.

"When we returned for a situational assessment after (our) first donation (in 2020), we discovered there was a misplace of interest on the part of the camp administrator who said the exact opposite of what the IDPs narrated as regard food distribution."

But it would take more than a solo effort from the government to succeed at any livelihood project. It worked for UNHCR because the agency partnered with other nonprofits and the host community to achieve it.

For example, in exchange for offering 100 hectares of land to refugees, UNHCR offered to include hundreds of community youths as beneficiaries in the livelihood effort. In the end, it became a win-win for all parties.

Globally, livelihood programmes, if well-executed, can increase the income, savings, access to employment, and business opportunities of IDPs and refugees at least to a moderate level, a-UNHCR evaluation of the impact of livelihood programmes between 2014 and 2018 shows.

In the meantime, Marcus and other IDPs still beg daily to feed. And, sadly, "It is not every day we go to beg at the neighboring houses that we are given food,” she said in Hausa, a predominant language spoken in northern Nigeria. 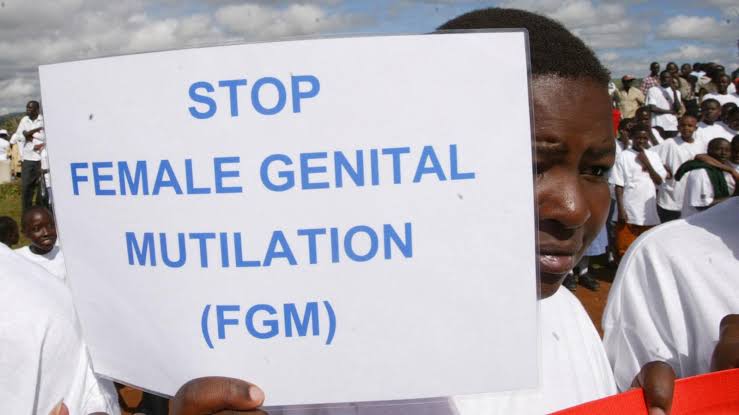