Most of the world witnessed the finest moments of the wheel of true justice in the Western world when 45-year-old Derek Chauvin, the dismissed Minnesota police officer under whose knee George Floyd died last May, was sentenced to 22 and half years in prison on June 25, 2021.

What touched Nigeria and maybe Africa is the speed of justice. It took just one year lag from offense, arrest, trial, and sentencing (from May 2020 to June 2021). In Nigeria, Chauvin would never be arrested, let alone tried. If arrested at all, the trial would last for eternity.

Many still feel sour at the case in Port Harcourt, Rivers State, known as the "Ikokwu 5" including the torture to death of five mechanics by police officers. They were returning from the day's mechanic work but took one way due to the impossible traffic in the city caused by rampant construction across all fields.

The policemen and their female colleague in the now-disbanded "Eagle Crack" - a unit in the Nigeria Police Force - who killed Chima Ikwunado by torture (and tortured his four co-mechanics almost to death) on Dec 19, 2019, may never be sentenced.

It took an entire national outcry for the police to slowly and grudgingly arrest them but allegedly detained them in a luxury cell with full rights plus salaries for some time before managing to send them to court - not a trial because the court where they were charged was a magistrate's court that has no jurisdiction. They may stay there until witnesses die, and then, one day, they would be freed from the back door. That's justice for you in Nigeria.

Many remember Rev King (the killer reverend whose church grew from six branches after arrest to 200). How about Evans (real name Chukwudi Dumee Onuamadike), the mega kidnapper who has been on slow trial since 2017 for many kidnapping cases amounting to 52 count charges? Then Wadume (real name is Hamisu Bala) was arrested in August 2019 for his kidnapping and free killing activities and soldier-accomplices.

In Nigeria, justice is never there because justice delayed is justice denied. Imagine a soldier or policeman that puts his life on the line in a shootout with a criminal gang and arrests them only to see the gang remain un-convicted. The criminal justice administration (CJA) wheel will grind so slowly till the soldier will no longer know if he did Nigeria good or if it was not better to negotiate and allow sleeping dogs to lie and smile to the bank.

But to right the wrongs, [there have to be reforms]. And it has to be now. Put sanctions for deliberate delays. Act now, or people continue to rely on self-help: juju, assassination, jungle justice, and others.

Many have wondered, "what can be done?" The truth is, despite massive corruption in the judiciary made worse by election cases that attract huge money and power, the judges are overloaded with files. To make trial faster, lawyers of up to seven years [of experience] can be recruited as volunteers to sit after work from 3 pm to 6 pm on minor cases.

NYSC (National Youth Service Corps) lawyers can also be screened and made to sit out minor cases and civil claims of lesser amounts. This would free the main judges to face major cases. Retired but "clean judges" can be added to the volunteer scheme to handle some cases quickly.

Then, the deadline for cases can be issued so that citizens can see a case out in one year. This will boost confidence in the judiciary and encourage citizens to opt for the courts instead of jungle justice. Alternative justice systems should also be encouraged so citizens can resolve matters outside the court.

The vengeance theory is still relevant. Whereas many insist that objective justice should no longer be primitive hunger for vengeance, it must be pointed out that an eye for an eye is still very relevant (at least for some people). Seeing someone who harmed you or your relative walk about free is not an easy thing.

For ages and up till now (like in parts of India), vengeance is a family matter. They still want to use their hands to wring their enemy's neck. The law came to do it on behalf of the victim. That sentiment must be allowed to satiate the injured. The government still has a huge responsibility if some sanity is expected to return. 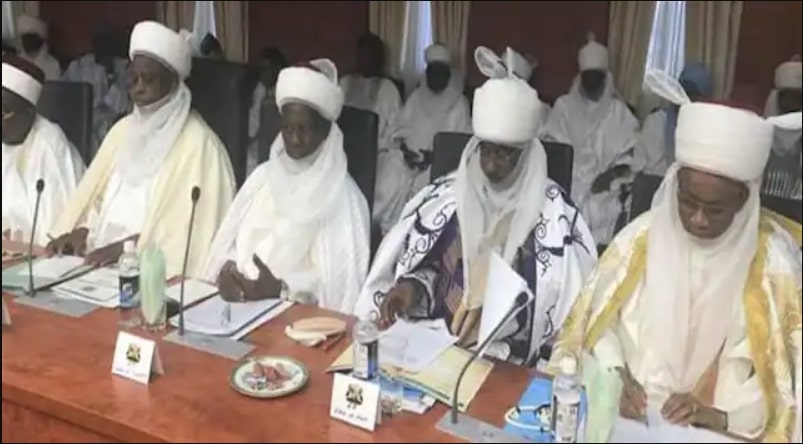 What The North Found In 1983? Power Would Ruin The North, And It Did